One Bottle. One Tree.

for every bottle purchased, one tree is planted 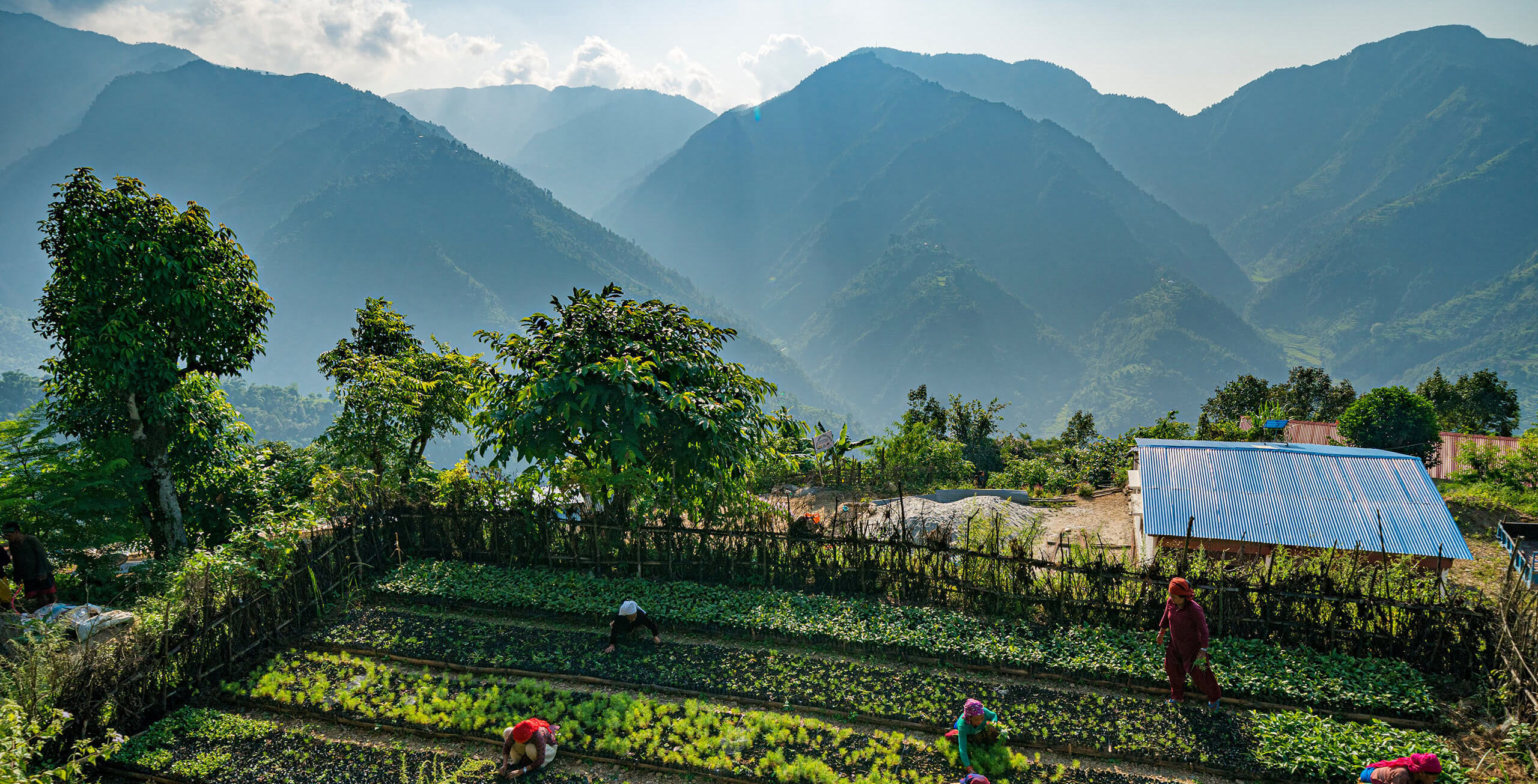 One Bottle. One Tree.

for every bottle purchased, one tree is planted

With every bottle purchased, one tree is planted in areas affected by severe deforestation. In collaboration with our tree planting partner, Eden Reforestation Projects, we are helping fund reforestation, revitalize ecosystems, and empower local communities. Planting trees helps offset the carbon footprint of our products many times over. 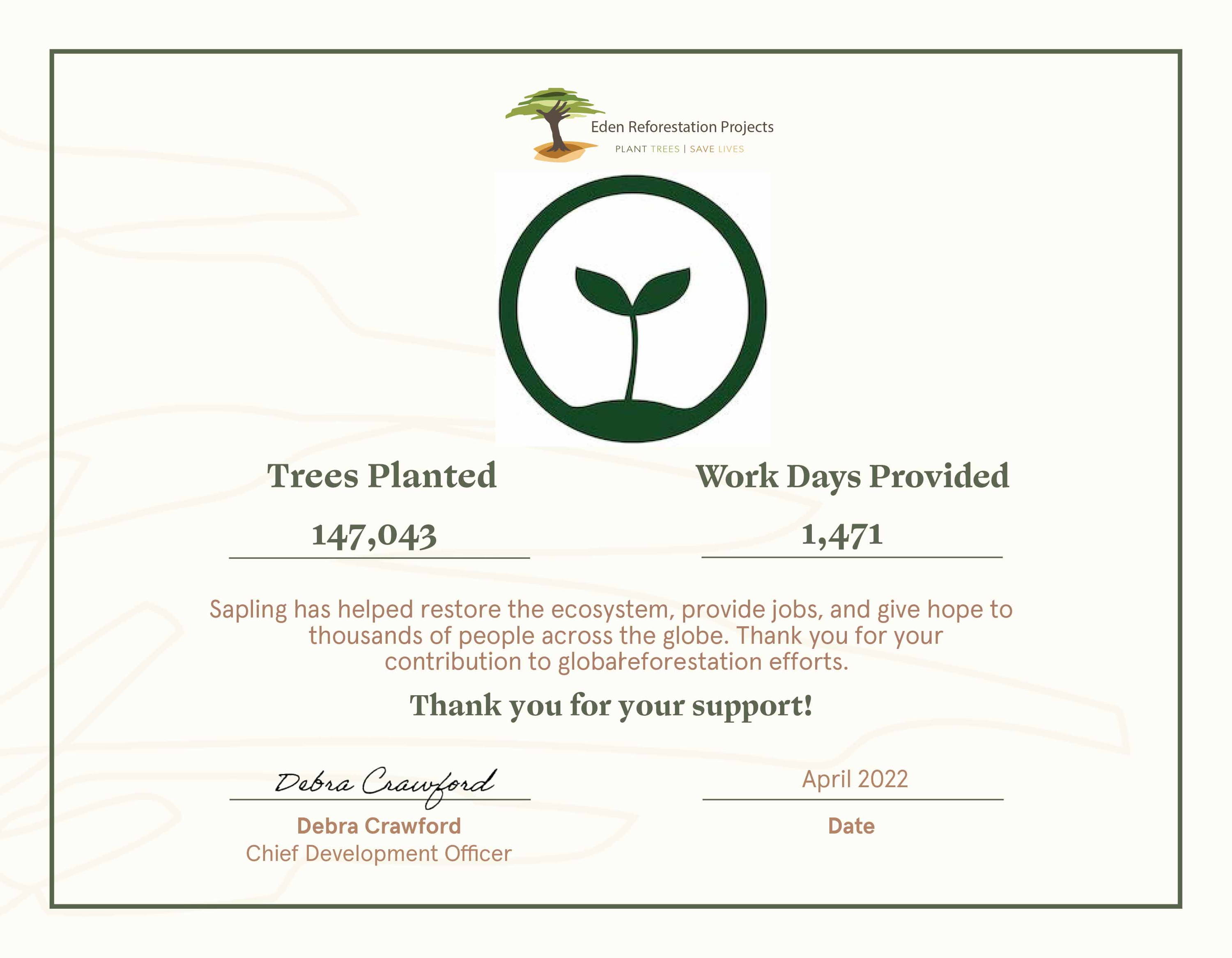 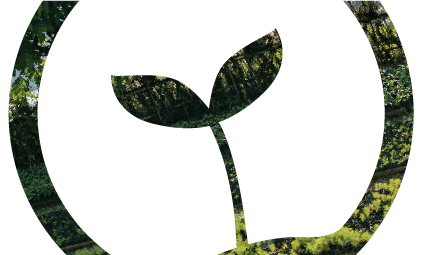 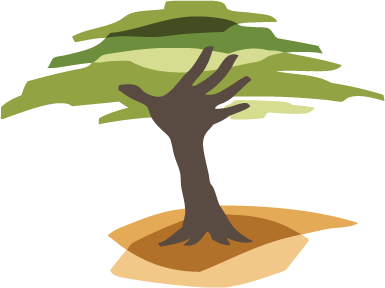 See some of our most frequently asked tree planting questions.

What is One Bottle, One Tree?

For every bottle purchased, one tree is planted. If you order multiple bottles, we will plant the corresponding number of trees.

Deforestation has reached record levels. Large-scale slash and burn practices, unsustainable agriculture, to daily destruction of community forests. Every minute approximately 27 soccer fields are destroyed, which adds up to nearly 18.7 million acres of forest lost every year. For example, in Madagascar, only 10% of the original forest remains. This is just one of dozens of forests that have been decimated. The most impacted regions of deforestation are typically highly poverty-stricken and underdeveloped. Members of impoverished communities are often forced to destroy their local environment to survive, bringing long-term consequences like severe flooding, erosion, and desertification. Deforestation leads to even worse devastation.

What is Eden Reforestation Projects?

Eden Reforestation Projects, reduces extreme poverty and restores healthy forests by employing local villagers to plant millions of trees every year. A 501c3 non-profit, providing fair wage employment to impoverished villagers as agents of global forest restoration. They hire the poorest of the poor to grow, plant, and guard to maturity native species forest on a massive scale. Their “employ to plant methodology” results in a multiplication of positive socio-economic and environment measures.

Where are the trees planted?

Trees are being planted in 8 countries and 174 project sites. Our planting partner's project regions include Nepal, Madagascar, Haiti, Indonesia, Mozambique, Kenya, Honduras, and Nicaragua. Depending on the project or planting season, our planting partner chooses the most appropriate location at that time.

Can I pick where my tree is planted?

Currently, we do not have the capability to allow users to choose where their tree is planted. A number of external factors which are dynamic and quickly changing make this difficult, such as weather, available trees, employment needs in local communities, and areas available for planting.

What kind of trees are planted?

What planting methods are used?

How do I know the trees won't be cut down?

Our planting partner makes every effort to ensure the forest planted becomes permanent and sustainable. They work carefully with all levels of government to secure written agreements designating the restoration sites as protected in perpetuity. They do not plant in logging areas. Local villagers are hired to plant the trees, alleviating extreme poverty and giving them an economic incentive to ensure the wellbeing of restoration projects. This cultivates a sense of "ownership" over the trees and restored forests in the villagers.

Many trees planted are designed to be cut back periodically, with a minimum of 10% of trees planted being agroforestry species. Agroforestry species include fruit, fodder, and construction species to provide food security and meet human needs, becoming a source of sustainable income. Our planting partner hires forest guards as part of the labor force to protect reforestation sites.

When is my tree planted?

At the end of every three months, we compile the number of trees to be planted and our planting partner distributes them amongst the countries according to a number of factors. Planting season, need for trees, space, employment needs, available trees and labor are all factors that need to be considered during planning.

Can you show proof of planting?

Yes, please see our certificate of trees planted above. You can also contact our planting partner and verify with them that our contributions have been made. Additionally, our partners have established monitoring and evaluation processes to track where and by who the actual number of trees have been planted. Data is digitally collected and processed to identify problem areas.

Where are the seeds/saplings sourced from?

Most of our seeds are collected by local villagers from nearby remnant forests. When required to supplement, seeds are purchased from local, trusted seed banks. Our planting partner never purchases seedlings; they grow their own in our nurseries to ensure quality and germination rates.

Who owns the trees?

The vast majority of the trees at Eden Reforestation Project sites are owned by the local communities who actively participated in the restoration of their regional forest during their employment period with Eden. The common (but much smaller exception) is when agroforestry trees are planted at small plot farmer sites where the land is owned by the local farmer. In such cases, the small plot farmer owns the trees along with the proceeds from the trees.

Are the trees planted on publicly or privately-owned land?

The majority of Eden Reforestation Projects’ forest restoration projects occur on government-owned land that is under the direct authority of the local community. Agroforestry efforts typically occur at sites owned by small scale farmers. The one consistent determining factor within each nation is that Eden has established legal Government Associations and/or Non-Government Organizations, which provide the authority to operate effectively and in coordination with all the essential Regional and Local governance agencies.